What is a Wormhole attack in wireless networks?

A wormhole attack is an attack used to steal any sort of information from wireless networks and make money. Nowadays, most of the security information are transmitted through wireless technologies. So Wormhole attack becomes a very big threat in the current scenario.

The main behaviour of the wormhole attack is disturbing the original network in such a way that it cannot be identified. Also, the attacker can even record the information which is transmitted through the network. Here two or more number of harmful nodes are being created and placed between the original nodes of the wireless network by means of dormancy link. The nodes are connected by means of a tunnel. All the original nodes which are available in the tunnel can be controlled by the attacker.

How to detect and mitigate wormhole attack in wireless networks? 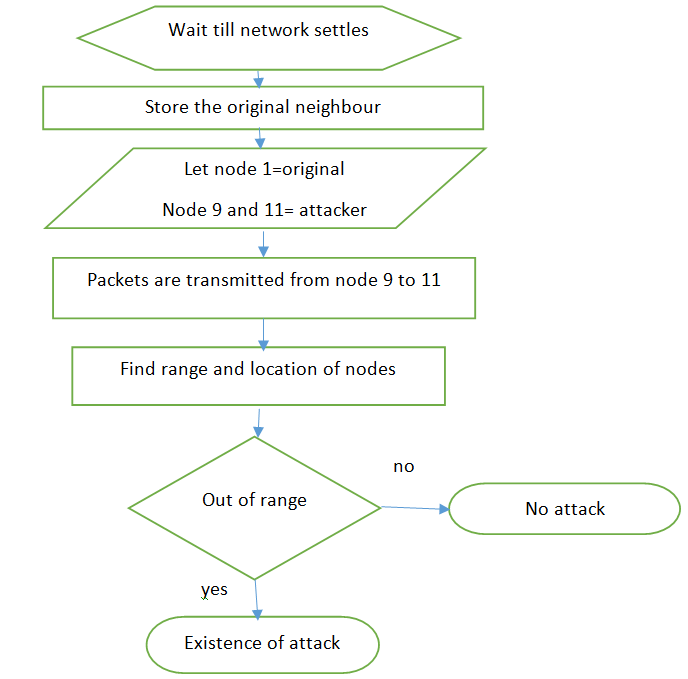 Intrusion Detection System is used here in order to detect the wormhole attack. This kind of system identifies all the new changes in the network. If any manifestation is found, then it shows that attack is present. If any neighbouring node is out of transmission range, then there is a 100 % chance of attack.

There are two types of modules namely Centralised module and distributed module which are used to identify the wormhole attack.

In the centralised module, distance between nodes is calculated. Then it is validated by checking whether the distance lies within the range of transmission. Finally, the duplicate packets are discarded.

In the distributed module, the information about the neighbours are sent. The packets are also forwarded with the help of other nodes. Several algorithms are followed for detecting and mitigating the attacker.

Experiments are done inorder to identify the attack. By means of the experiment, positive detection rates, energy, packet overhead are calculated accurately. Mostly centralised modules give more effective results. So they are used particularly in large number for protecting the wireless networks.